The last few years I have written annually about the performance of my Funding Circle P2P investment. Last year, despite good returns, I mentioned that I has begun to significantly reduce that investment. Soon after I stopped reinvesting in any new loans and starting moves to have my capital and profit withdrawn. Thus there is little point in giving details on the returns.

Most of my money was returned reasonably quickly (over a couple of weeks). Although, at this moment nearly a year since starting the draw-down process, some 5% of my original investment is still in the FC account. I expect another 2% will be returned soon, but have no idea when the last 3% will get back to me. This delay is something FC investors should consider.

In the current FC system there are two ways to get your money out of loans. Firstly, you can wait for the loans to be completely paid back. As some loans can be for 60 months, this will take a while. Secondly, you can request that FC sell your loans to other investors. Previously this sale could be performed on a loan-by-loan basis with seller determined discounts or premiums to the loans NPV. However, under FC’s newish aggregate loan system, you can only specify the monetary amount you wish to sell, and FC does the rest. This process takes a few weeks (the shortest for me was a week, the longest 5 weeks).

The problem occurs because FC refuses to sell any loan that is delinquent in its repayments. That seems fair. With the new aggregate loan system the purchaser of the loan is not choosing the loan, so receiving one in arrears is not a good deal. I would expect most late loans would either get back on schedule reasonably quickly (and can thus be sold) or become bad debt (which is essentially a loss). So I was surprised to discover that 3% of my portfolio is in loans that are incredibly late. One of them is over 500 days late! Another 3 are over a year late! I would have thought a loan that hasn’t made a repayment in more than 12 months is actually in default, but FC obviously disagree.

So remember, even after you want to stop, a little bit of your money will be stuck in FC for a long time. That should be counted against any potential profit. In my experience, the returns have still been much better than a bank, so I don’t regret it, I’m just a little annoyed that I am unable to close the account properly.

Here we are 5 months into the year, and I am only just writing my annual goals review/plan post. That delay should give an indication to the importance such goals have this year. It has been a bad start to the year, so I’m not going to set any new objectives. Instead, ending the year in nearly the same state as it started will be considered great success. For the remainder of this year I just hope to continue exercising, continue some small fun projects when possible, and work out what to do next.

For reference, last year my unambitious goals were to:

It has been a while since I went somewhere new for a holiday, so earlier this month I spent a few days in Reykjavik, Iceland. It was all organised on short notice, and during most of the trip the weather was overcast (so no Aurora), but the country is well worth a visit.

My best photos from the trip are in a short slideshow available here. 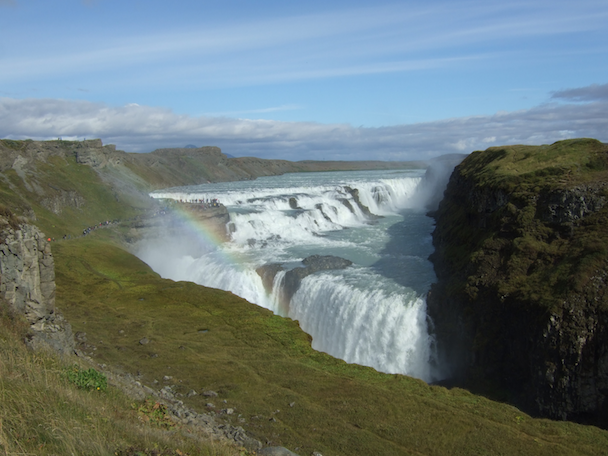 Some people may know that over 20 years ago a did a little postgrad research into computational logic. While not much benefit came out of that work, it did give me an interest in logic. So when it came time to refresh my Scala skills, I thought it might be interesting to try creating a simple logical resolution system. A toy version of Prolog.

Now it is finished, and it doesn’t seem so bad. With some work it could even grow to a full Prolog implementation. It might even be useful in its currently limited state. So I have decided to opensource and release it through Gitlab.

FYI: Gitlab seems like a decent online repo site, so in the future I may put other projects under my page there.

You may of heard about GDPR recently? Or maybe just received a flood of privacy policy updates?

It is time for one more. Previously this website used some Google 3rd party services that may track visitors (Adsense, Analytics and Search). I have now turned them all off. It was a fairly easy decision to make. I haver tracked the site analytics for many years, so why keep it on? Same for the ads. In over 10 years of running this blog I have earned a few pennies over £75. No loss to turn it all off.

There is still one service on this site that may use cookies and tracking, if you are one of their customers already. That is Disqis, who provide the comments system at the bottom of most pages. Their GDPR statement is available here