In previous tutorials we created a walking mech model in Blender. Astute readers may remember I said the aim was to create a model that could be used in a simple game. Now that the model is complete, it is time to use it in a simple 3D program. The aim is to write a program where the mech is controlled by the player and can walk around the screen using its walkcycle animation. Writing everything from scratch is not realistic in any reasonable time frame. Thus the Ogre3D library is used to help with the graphics. I chose Ogre3D because it is free, seems well regarded, is actively developed and, has exporters for Blender models. Below is an image of the resulting program. Read on for the steps in its creation.

The continuation of this post is a set by step tutorial detailing my methodology. 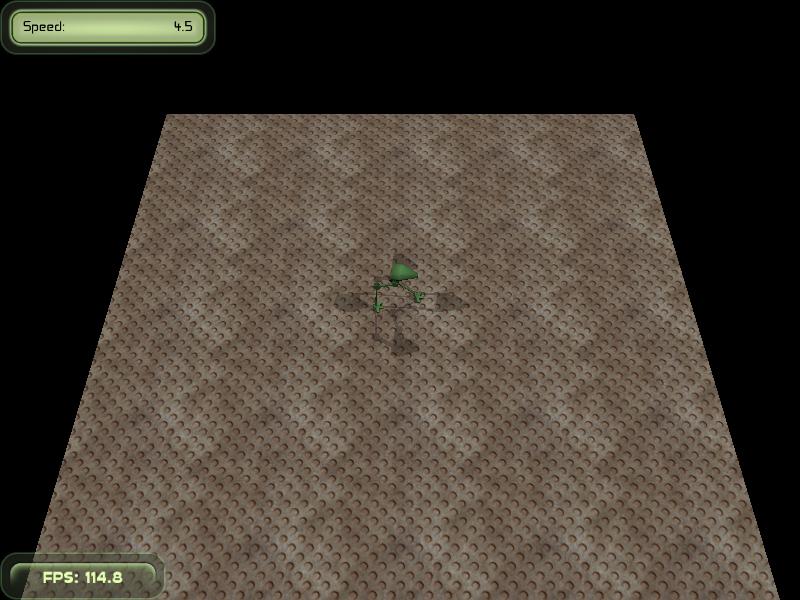