A previous tutorial showed how to create a simple program allowing control of a mech model using Ogre3D (the mech model was created separately in this tutorial). Now it is time to add a little more functionality to that program and create a simple shooting game. In this tutorial we will place some other objects on the screen that our mech will need to manoeuvre around. Thus some collision detection is also required. To provide some competition, a computer controlled opposing mech is added. Lastly, the mechs are given the ability to fire lasers at each other - the first to score a hit wins.

The continuation of this post is a set by step tutorial detailing my methodology. 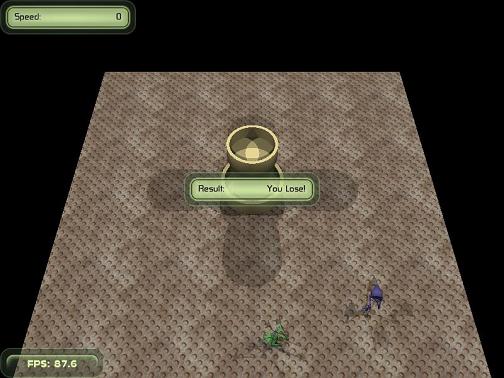