Just after the pandemic started, I used the time in lockdown to start writing a new computer game. Later I stopped because it was a mess, but soon after I started again. Now it is released! Since it was never supposed to be a full game (just an experiment to get things going again) I have greatly skimped on promotion and marketing. Ohh, and the name. It is called Space Hex Duel. It is a turn-based game of strategy and careful positioning.

Here is a short trailer showing off the gameplay:

I have put it up on Itch.io as a Pay-What-You-Want (PWYW) download (suggested donation US$2). I recommend interested people download it for free, and if they enjoy it and would like to say thankyou, then go back and donate. Maybe later I will put it out on Steam too.

All the info on the game is ( or will be) on its Jarrah Technology webpage.

Now I need to decide what to do next…

Since the last gaming post 6 months ago, I have cut down a little on game playing, but still played a few…

Radio Commander (5hrs): A tactical wargame where you only have a map and radio to command your Vietnam war soldiers. You find out what is happening via radio reports and issue orders the same way. Adds an element of confusion to what is happening - have I updated the map with the latest positions? Guaranteed that you will make a mistake at least once and called down artillery on your own men. This is a brilliant idea, but just doesn’t feel compelling. Maybe it is too slow? Maybe you are too detached from the action? Worth a try, but I stopped half way.

Jurassic World Evolution (5hrs): Manage escape artist dinosaurs at an tourist park in this pretty city builder. Seems heavily tied into the recent films, which I haven’t seen. Has the nice idea of needing the player to complete missions for various departments - with any ignored departments sabotaging the park in revenge (where is HR when you need them!). Ok game, but way too fiddly for me. You are always in-motion - clicking something, or just repositioning the camera after it has flown off somewhere (again!). I prefer a slower, more thoughtful builder.

Sunless Skies (12hrs): I have a love/hate relationship with this story/trading/roguelike game with some legacy mechanics (so many mechanics for such sparse gameplay!). A sequel to Sunless Skies, it sees you traversing a dangerous map in a steampunk sky world in a flying steam engine. Better than its predecessor, but still problematic as it is so slow! I played for 12 hours and the vast majority of that time was just getting between stops. I got an hour or two of story, another hour of action, but the rest was nothing happening as I travelled. I only kept going because the story and non-travel gameplay is very good - but not good enough. This game did not respect my time and I have better things to do.

Hammerting (3rs): This game feels a little undercooked. As a crafting based colony survival game (a genre I generally do not enjoy), it would need to work hard to gain my favour. Short review - it didn’t. In just a couple of hours it crashed twice and the tutorial didn’t tell me much so I could never really get going when it was working. It also suffered from the common problem with this type of game: it is incredibly fiddly.

Vermintide (3hrs): Online cooperative FPS set in the medieval grimdark Warhammer Fantasy setting where you battle hordes of Skaven (rat people). I had decent fun bashing rats over the head with my hammer. However, everything about this game is built for online play with 3 friends, and since it came out in 2015, there are now no other players. Literally the lobby was empty every time I turned it on. Nice game, but so lonely.

Legends of Runeterra (too many hrs, Riot doesn’t tell you): Free-to-play collectable card battler from the makers of League of Legends (Riot Games) and reusing that IP. Has a nice offline single player mode, so no need to fight against real people and all the work of following a meta which that entails. While the game uses many of the modern innovations of computer-bases CCGs, the single player version suffers from some RNG problems. In an online game, if your cards just don’t roll out out, too bad (next time design the deck better). Here (in single-player) you play predesigned decks so when atrocious luck screws you and wastes 10 minutes it is not your fault, but the designers. Otherwise a good game, and the monetization seems particularly gentle, so worth a look.

This website has moved. Since 2013 it has been hosted on a small virtual server at Linode. Now it is hosted through Github Pages. I should mention I have been very happy with Linode’s service and cost, but their minimum service is still overkill for this simple static website. I continue to use Linode for the Concealed Intent game server (for now).

So why the move? Maintaining an Internet facing server is a pain. There are a number of threats and it is just not worth the time in upkeep. Or worse, no support is performed and the server slowly degrades, becoming increasingly vulnerable (of which I am guilty since 2019). With Github all that work is handled by someone else, and the cost is 100% less (Github is free on my current plan, but even if I need to go to the paid plan later it’s still 25% cheaper).

There are some useful side effects of going to Github too. The site uses HTTPS always, without me needing to play around with certs! Also, I changed DNS provider to Cloudflare, and so far their free service is great too - they even cache & compress the website so it should load super quick.

Overall, I have been happy with the process and outcome. There was a bit of fiddliness getting the DNS setup due to lag in updates propogating, but that was it for problems. The only issue to solve now is how to handle automatic backups, but then Github is probably more reliable then me, so I’m not rushing (touch wood). Might have to look into moving Concealed Intent too, although that’s a much bigger task.

As a distraction from other things I should have been doing over the last 6 weeks, I completed the /r/roguelikedev Tutorial 2022. An event to teach people how to write roguelike games like Nethack, Angband, and my old favourite, Omega. I wanted to learn some Javascript, and this seemed a good way to go.

It is done now. There is a playable version here and the source code is here.

I’m just back from a week in Brisbane (or more like 5 days when travel days are taken into account). It is worth visiting, but I don’t feel any need to return (is this how people feel about Perth?). It seems like a city for living. We spent most of time walking around the city and just hanging out. Surprisingly pleasant thing to do as long as one doesn’t travel too far into the suburbs. The city makes decent (but not great) use of its river. There are good crowds in the CBD, good public transport - it all felt safe. A nice trip.

We also spent a day on the Gold Coast and my thoughts of that city are less favourable. It felt sterile and empty, like a retirement village. However, many of the shops and bars suggest a beach & alcohol centred holiday resort (like parts of Spain, not my sort of thing). So maybe it was quiet because it was a working winter’s day.

Not enough good photos to create a slideshow of this trip. I rarely felt the need to take a photo. 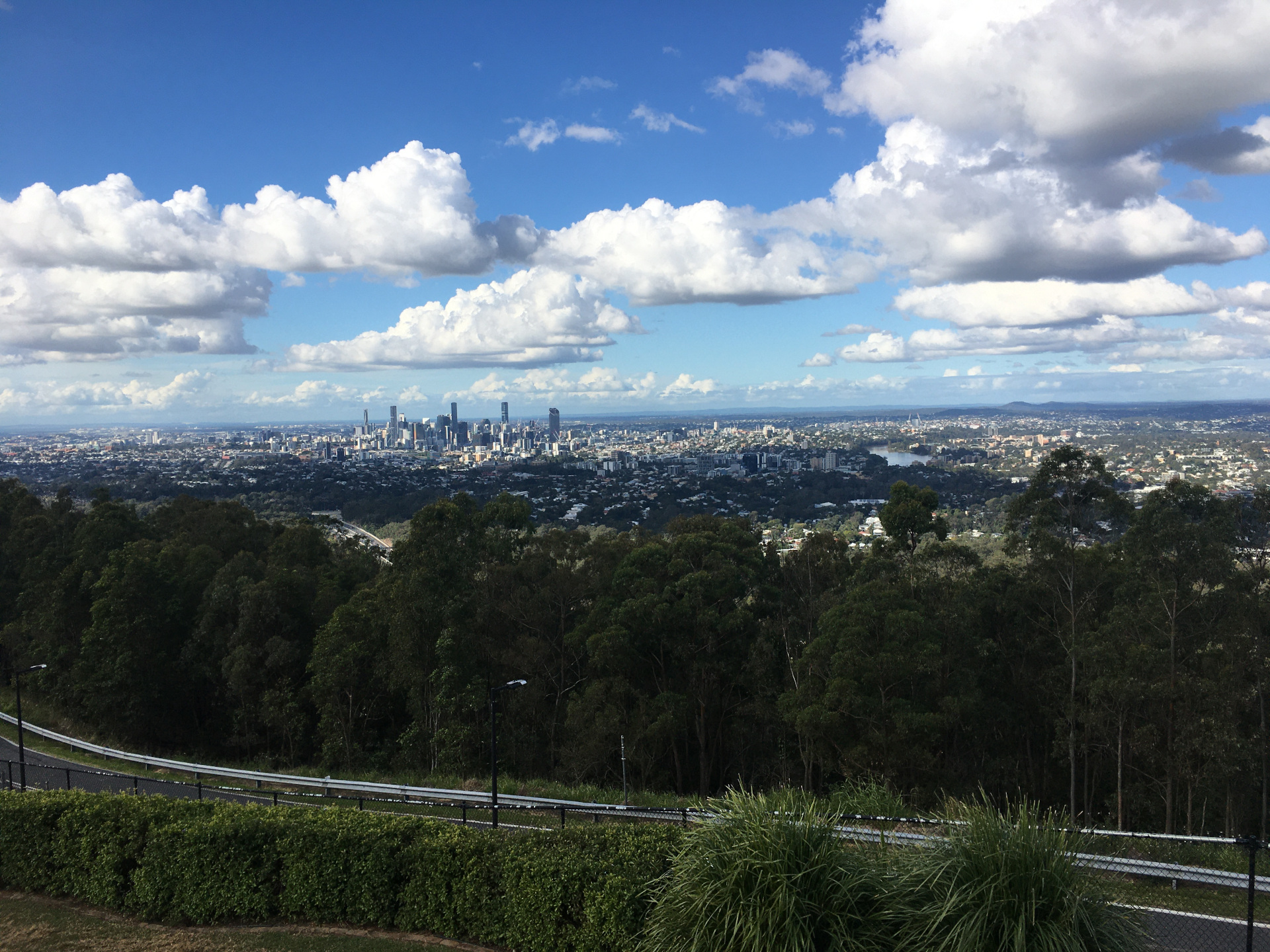 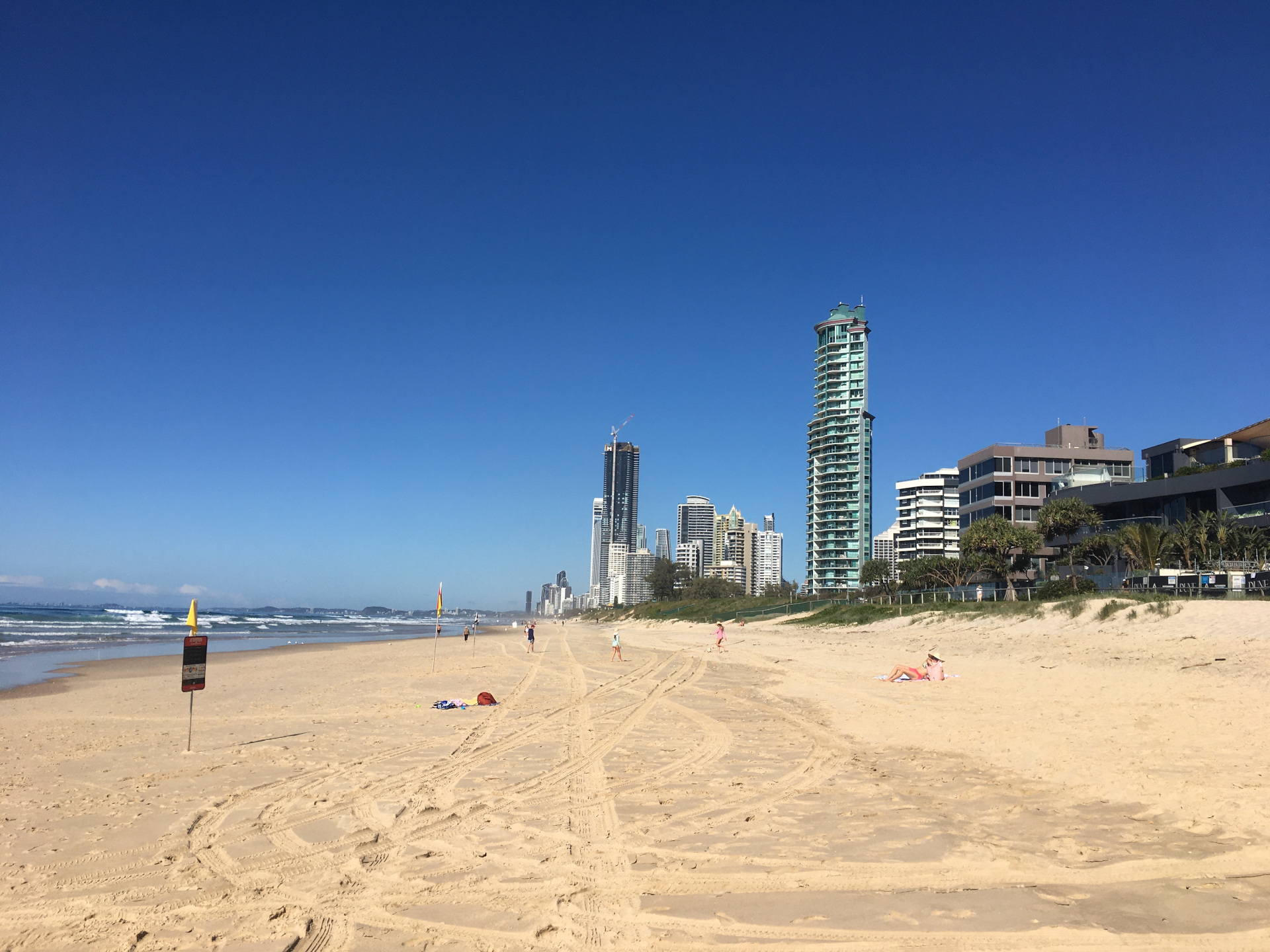