I recently returned from a holiday in Turkey. While there I visited the ancient ruined Roman city of Ephesus. At its peak in the 1st century AD it had a population of over 250,000, but there is not a great deal of evidence for that extent now. Although it did feel like there are nearly that many people present when we visited.The best photos are now a set on Flickr, available here. 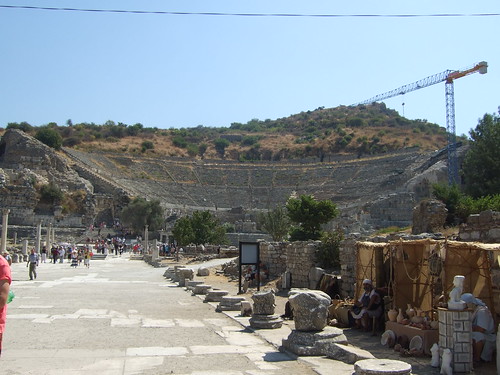