I first encountered Magic: The Gathering (a collectable card game) soon after it was initially released in the early 90’s. It appeared from nowhere and consumed local gaming stores. Places that were once the realm of RPG and minature gamers became quickly dominated by card players.

Magic appears to be a costly game - many expensive cards are required to be expensive, and exactly which cards are required constantly changes. It is a trap for those with slight OCD and others with a predilection for collecting - an ever present high percentage of the geek population. Over a 1000 cards come out each year and the vast majority decline in value after a couple of years. A habit running to thousands of dollars per year is easy to imagine. I didn’t play (or pay). 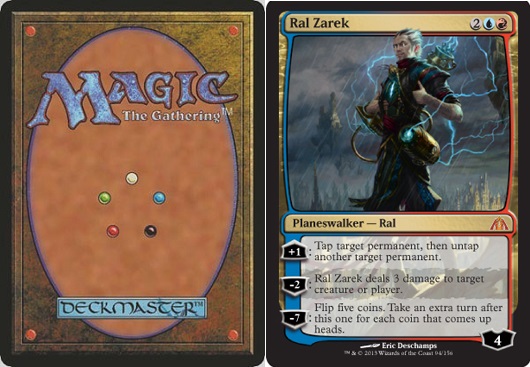 Soon after arriving in Kuala Lumpur, I was walking to my gym and saw a store called Sparta. Judging by the name it was either a gaming store or a martial arts center. It was a gaming store. They had board games, miniatures, some RPGs and various card games including Magic (their biggest seller). I tried to get involved in the local gaming community, but didn’t get too far. There weren’t enough other RPG’ers to get into a game. So I decided to give Magic a go. It played to my weaknesses, like Poker (I’m not a fast “on-the-spot” thinker), so mastering the game is a form of self-improvement for me.

After 4 months I’ve decided to largely give Magic up apart from casual friendly play. I found the game time consuming, hostile to beginners, and, of course, expensive. The game is hard to learn. There are a huge number of rules and cards to learn. I still regularly find myself surprised in play by a previously unknown rule. Also many hours were spent organising and thinking about my growing card collection (having a slight collecting instinct this wasn’t unpleasurable). Many people I’ve met say that the Magic community is very aggressive and rude. However, this is not the case in my experience. A couple of people were impolite and everyone is competitive, but that is to be expected. Most people were friendly. Maybe that is just Sparta, I have heard at least once person say it draws a nice crowd.

I never bought cards directly. I only paid for competitions or leagues that came with the cards to play (referred to as “limited” play in Magic circles). By the end I had spent £120 and had a few thousand cards in a box. Projecting forward, it is too steep an expense for me. Poker is both cheaper (for me at least) and more accessible. At this point I confirmed what I always suspected. Like diamonds, the resale value of cards is poor - despite regular assertions to the contrary. According to the online sites locals use to value their cards, my collection was worth just over £100 pounds. After a public 3 day auction, I sold them for £50. I am very happy with this amount - it is around what I expected.

Since I’m now in the game industry, it was definitely worth seeing how this amazingly profitable game worked. Even considering the mechanic that creates that profitability (card collection) is the reason I’m quitting. Despite this, the game and local community is good enough that I won’t completely stop playing.