Last week I went a little snap happy at Siem Reap in Cambodia - the town nearest the Angkor ruins (and a short flight from Kuala Lumpur). The Khmer Empire based at Angkor existed for around 600 years starting in the 9th century. Unfortunately most of their cities were built in wood and so no longer exist in recognisable form. Stone was reserved for the gods, so their immense Hindu and Buddhist temples are still viewable (including Angkor Wat and Angkor Thom) - once they have been reclaimed from the ever-encroaching jungle. Interestingly, this is the first place I have been where most of the tourists were not westerners - large tour groups from various Asian nations were clearly in the majority.

The best of the hundreds of photos I took are available as a slideshow here. 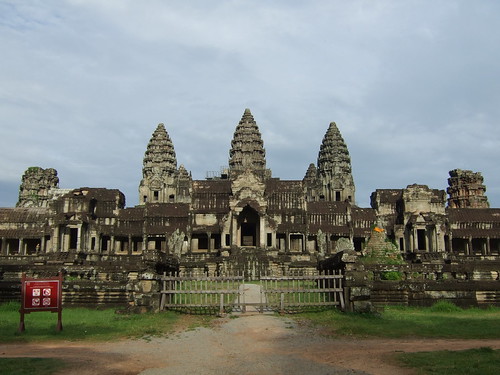