We have been on a few day trips around Malaysia in the last couple of weeks.

Firstly we did the standard tourist jaunt up a tower to see Kuala Lumpur from above. However, we went to the Menara KL viewing platform rather than the more famous Petronas Twin Towers. Menara KL is shorter than the Towers, but provides a better view as it is at higher altitude due to being built on a hill and has the viewing platform at the top rather than half-way up. We went to the revolving resturant and had an acceptable buffet lunch while the city spun slowly out the window (allow 90 minutes for a complete revolution) - quite pleasant actually. This allowed us to skip the queues and crowds. If you are keen for the view this is probably the best way to see it as the cost is not much greater than going to the proper viewing platform (which diners can access anyway). However, while the twin towers are quite pretty, in general KL is not. Also, the city is still hazy from the dry season, so the views weren’t the best (see the photo below). 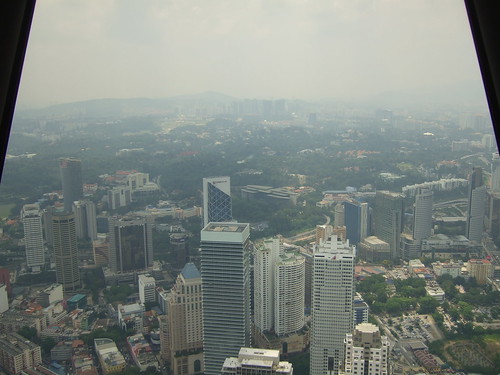 We also had a trip to the nearby beach resort of Port Dickson, just 2 hours (with traffic) south of KL. My first advice is to not go there on public holidays or weekends - and definitely not a public holiday weekend! Traffic was at a standstill on the beach road, so we just stopped at the first beach we passed. The beach was quite busy and I’m not sure the water was particularly clean. Not a place I will be rushing back to try again. Although, the banana fritters from street stalls were tasty. I have heard that the east coast is much better and will be trying that next. 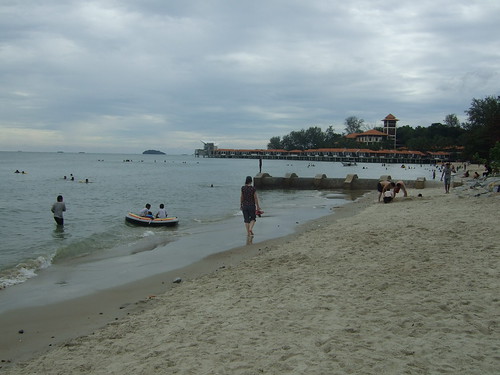 Putrajaya is the government and administrative centre of Malaysia, about 30-60 minutes south of KL by car. There was no town here before government departments started moving - it was built for the purpose. Probably as a result, and similar to other specially constructed capitals, it lacks a little liveliness. When we went it was almost empty. There was supposed to be a festival, but we couldn’t find it. We just drove around empty streets and looked at the buildings - some of which are quite impressive - until we got bored and left. 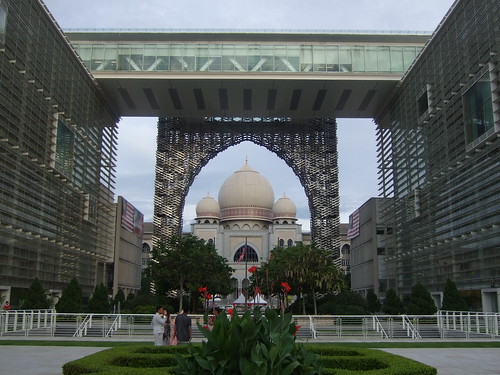 The complete opposite impression is found in Penang. There is definitely a feeling of liveliness. Although the buildings of Georgetown appeared rundown there was much happening on the streets. We spent the day walking around looking at the buildings (including lots of street art) and eating tasty food. The Clan Jetties are worth a look (below left - houses and shops built on a jetty out into the bay), but Fort Cornwallis probably isn’t (just a wall and some cannons). The day was ended with drinks by a small beach as a storm rolled in. Very pleasant. 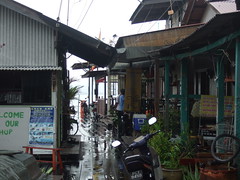 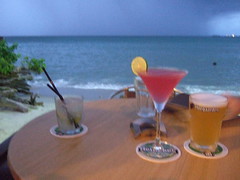