On first arrival in Kuala Lumpur we stayed in the housing within the British High Commission compound. This was intended as a short-term measure while a permanent home was found. However, for various reasons we stayed there for just over a year. The final trigger to leave was the sale of the compound itself (otherwise we might still be there). Soon the compound site will be redeveloped. 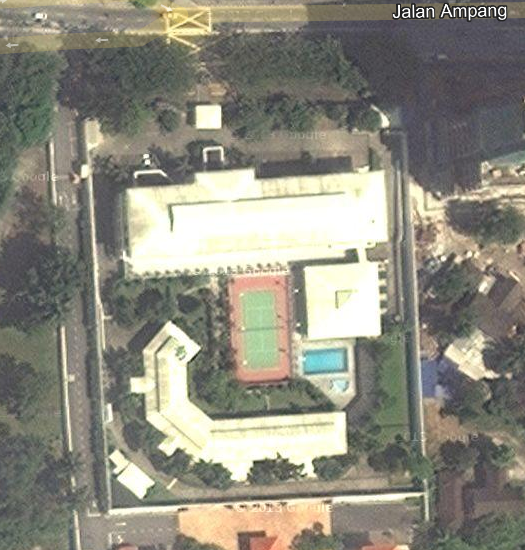 There is a slideshow of some photos taken just before leaving here. Or, read on for some more details.

The staff relocated in September. Between then and moving out in December it was just 3 people in the housing and the 24-hour guards. An eerily quite oasis in the middle of bustling KL. A few weeks after we left, the site was handed over to the developers. It is a bit of a shame. I doubt the UK will ever have enough space for a compound in KL again - which infers more status than a open plan office in an office tower. Still, the rumours are that the UK government received a huge amount of money for prime city real estate. It would have been hard to refuse, especially since the grounds weren’t being used to full capacity.

We lived in House 6, a very nice 2-bed apartment over two floors. Very spacious by London standards, but I think fairly normal for central KL. Unusually for central KL we had a little backyard area. This greenery was very much appreciated. Although on my first night (during the rainy season) I thought there may be a problem as the yard became a lake. With experience, I soon learnt this was no concern - it flooded all the time and safely drained away. The garden also had some wildlife. Various insects were ubiquitous. Birds would use the nearby pool (rarely used by humans) for drinking water. There were regular sightings of frogs, lizards, squirrels (my favourite) and the occasional cat. We discovered that squirrels loved oranges. It was the only way to get them to stay still long enough for a photo.

Over the road, the French Embassy has a wilder garden with a lake and more wildlife (including monkeys). However, they also have a chronic mosquito problem. They also can’t build large structures on most of the property as it was previously a tin mine (and is thus less appealing to developers). 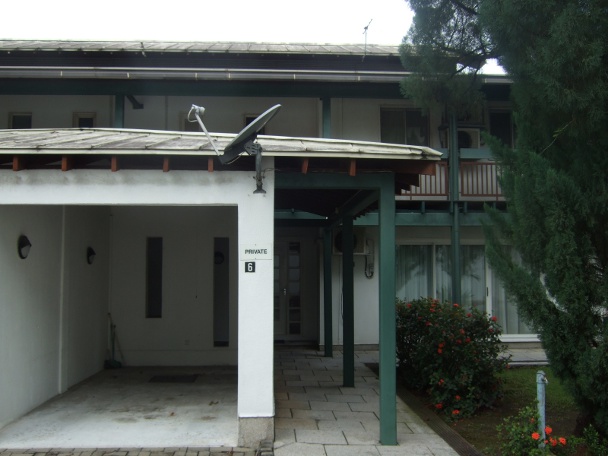 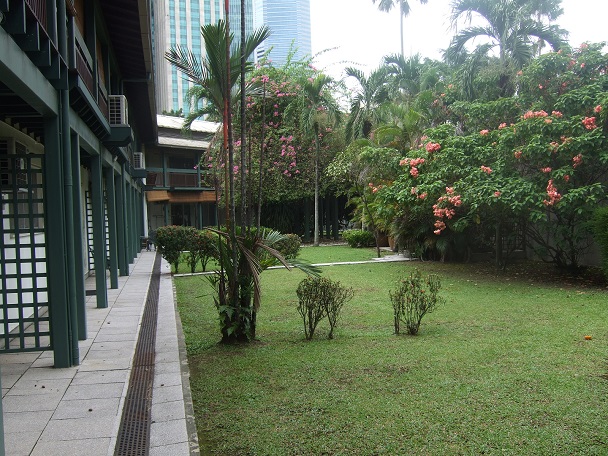 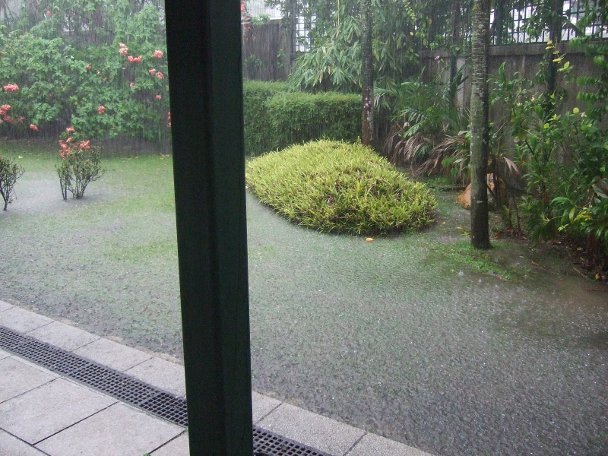 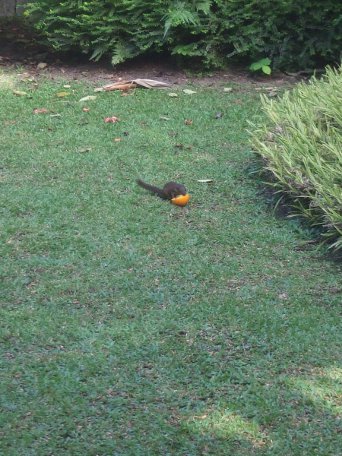 Between the housing and the High Commission itself was the Elizabeth Club building (normally shortened to the E-club). It was the setting for the commission’s social activities and thus primarily used as a bar (and irregular karaoke lounge). Every Thursday night, and some Fridays, a volunteer staff member would go behind the bar and sell the “cheapest beer in KL” (as there was no tax on it). The club also had a pool, tennis court, squash court, pool table and a full size snooker table, but these weren’t used nearly as often. The snooker table is notable as it was from the old High Commissioner’s residence at Carcosa. It definitely dated from before WWII, as it was known to have been captured and used by occupying Japanese forces. I not sure what happened to it with the move - it was certainly too big for the new office or High Commissioner’s residence. 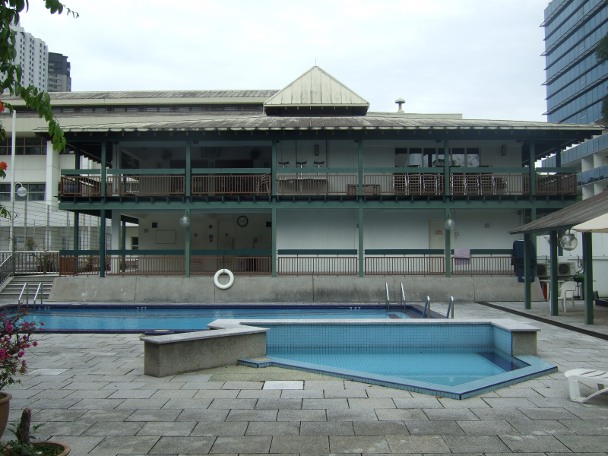 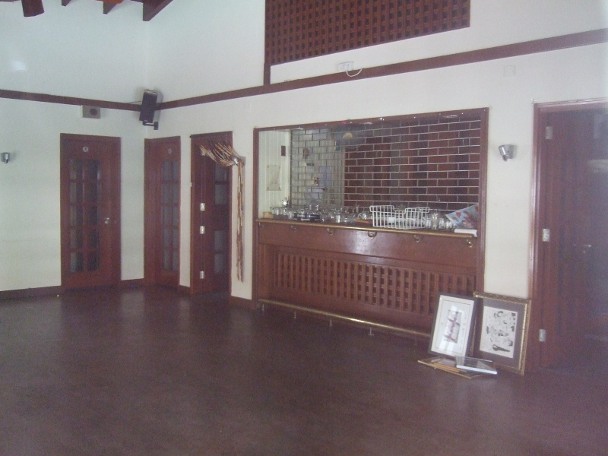 Without security access to the High Commission itself, I couldn’t take any photos of the old office and the outside is nondescript. The compound does come with all the usual mod-cons: power generator, huge underground carpark/storage area, bomb-proof letter opening hut (yes, a specific and separate building for checking mail) and a standoff zone. The latter is a secure area anyone wishing to enter the compound must pass through. Looking at the photo of the front gate below, you will see that there are two sets of gates and fences. To enter the compound, a visitor passes through the first gate (which is closed behind them), and is checked again before passing the second. In the photo you can also just see the gates to the French embassy directly opposite. As far as I could tell the copious storage areas were used to store furniture (as were a couple of the unoccupied compound houses). The High Commission provides furniture for its expats. As the number of staff shrunk and as people requested/needed new items the unused amount just increased.

Cheap untaxed alcohol was not only available at the E-club. The compound also had a commissariat, open for one hour per week (with only alcohol for sale!). It was located at the opposite end of the housing building to us, it was known as the “comm”. Every few months a new shipment would arrive and all the beer and wine would disappear a few weeks before the next one. Spirits were less popular. I believe this system is unusual among the embassies. All get tax-free alcohol (the benefit of diplomatic status and buildings), but rather than run a small store and bar, they use a bulk mail order system instead (often joining together the orders from several embassies/commissions). The comm is gone now and UK staff use the standard mail order system. Directly above the comm was the prayer room, used mainly by the guards and the armed police stationed outside the gates. 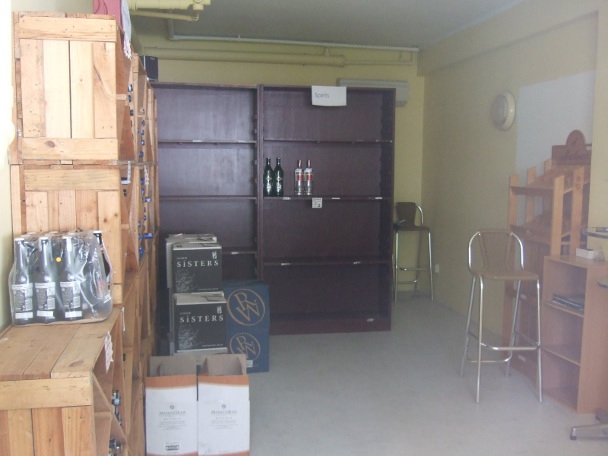 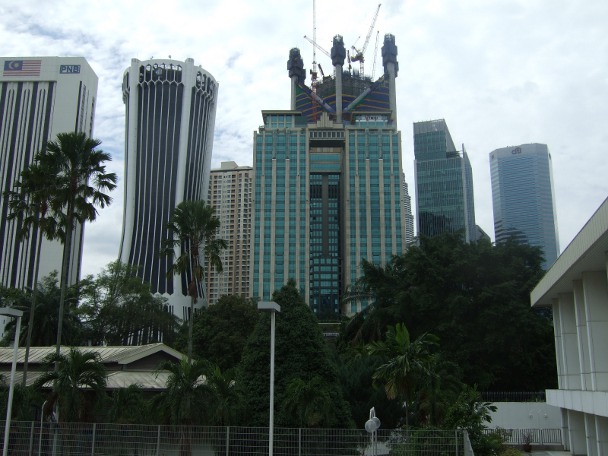 By the time of leaving the compound was overlooked by towers in all directions. More are rising. It is clear the land must be valuable. Although one staff member said that when they mentioned the move to an official from another embassy, they asked in hushed tones “is it because you are overlooked?” Apparently having tall buildings next door is considered a security concern. At the telling of that story the loudest laugh came from a manager at Huawei which has an office overlooking the compound (at the time they were drinking at the E-club). Still, money seems a more likely explanation for the move.