Too Many Game Reviews

So many games. Between bundles, sales and miscellaneous sources, I seem to have accumulated quite a pile. A quick calculation suggests I have only played 10% of the games I own. Some I have peversely avoided playing due to the time they take to play, assuming they are any good. Thus various well reviewed strategy games and rpgs sit unloved in my library. Meanwhile, I have played a few shorter titles recently, and here are some equally short reviews.

When starting to play games again, at first I finished all of them. Now I am a bit more selective. A game has about an hour to impress me to play on. Most games don’t reach this level and are quickly deleted. Then another filter occurs a few hours in. Often I just drift away from a game when it becomes too hard or I lose interest. Then there are the few games I play to completion. Take that into account when reading the reviews. 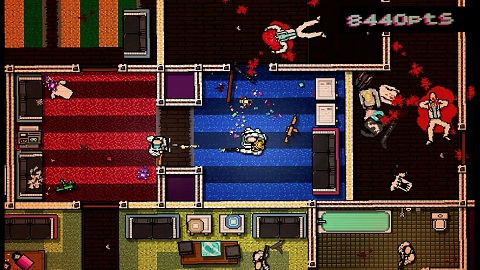 Bit Trip Runner is a running rhythm game. Your character runs across a scrolling screen jumping and sliding out of the way of obstacles to a soundtrack influenced by your actions (if you time your moves right the music sounds better). All this in a retro arcade 8-bit graphic style. For me, this game was too much a test of reaction time or pattern learning. It wasn’t fun and I quit after around an hour - the game is seen as an extraordinarily unforgiving title.

Hotline Miami is another game with retro 8-bit graphics, although this fits well with the Miami Vice and Driver inspired 80’s theme. It has been described as “a top-down f**’em-up”. I can’t think of a better description. Stylish production, an excellent soundtrack and fast play loop (death is but a short delay) mean I really want to like this game. However, it is way too fast and twitchy for me. I didn’t get very far into it and drifted away after a few hours. It remains on my hard-drive maybe I’ll go back to it.

Antichamber is a well regard first-person puzzle game, but I just didn’t get it. It starts with the player dumped in the game with no idea what to do or why. Moving through the rooms, it becomes clear the game is breaking the rules of real-world geometry. However, unlike the far more satisfying Portal where just one thing is changed and then the possibilities explored, Antichamber changes many, many things. It sometimes feels every puzzle is based on a different unrelated idea. It felt like the game was just trying to trick me. I couldn’t work out why I was playing, so I just stopped.

Runespell Overture is not a game I expected to enjoy. It is a card based combat game. The player fights a series of enemies by compiling poker hands from a never ending solitaire-like setup. The tactics are enlivened by special power cards that can be played instead of building hands. The only downside is that it is quite a simple game and I was rarely troubled in my matches. Still it is surprisingly enjoyable and doesn’t take too long, so I finished it.

Braid is an indie favorite platformer. It contains one new game mechanic - the ability to rewind and replay time. I am not a fan of platform games and Braid didn’t overcome that prejudice. The interesting mechanic kept me going longer than I might otherwise. I fully completed the first 2 rooms (out of 6), but became frustrated as it became hard to tell what was going on. The tricks just seems too tricky. I watched some online play videos and didn’t think it would get better for me, so I stopped.

Guns of Icarus Online is an online multiplayer game where the players take the part of crew members on zeppelins fighting each other (the players can be gunners, pilots or mechanics). Considering the problems they had, just releasing this game is a significant achievement for the developers. It seemed interesting with a good idea and nice design, but unfortunately it is online only. There is huge lag from where I live to all the active games (the problem with not living in the first world). It is not really playable for me. 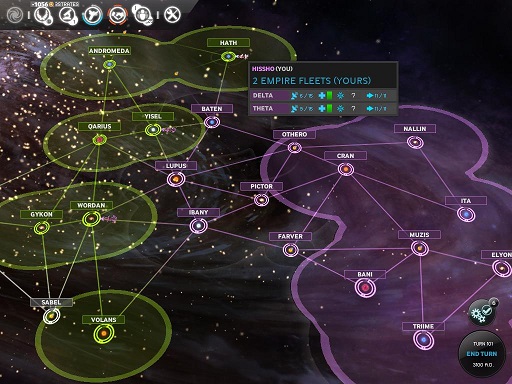 Endless Space was recommended to me as a source of inspiration and ideas for Concealed Intent (especially the GUI). It is a turn-based 4x strategy game set in space. Initially it feels very similar to Civilization. So at first I just concentrated on the GUI, which is indeed very pretty and functional, expecting to delete it after playing. However, it is still sitting on my hard drive. The game adds enough new mechanics to be interesting in its own right. Most importantly it seems smaller and quicker to play than most games in its genre. The games I have played were complete in just 3-4 hours. Not an imposing amount of time and I can definitely see myself playing a few more times.

Cities in Motion 2 is another game very similar to a more popular franchise; in this case SimCity. The point of distinction is that in Cities in Motion the player just controls the public transport system. It didn’t work for me and I found it hard to control on my Mac (a disappointingly common problem). Deleted, while SimCity 4 stays proudly on my desktop.

To the Moon was described to me as “a game for girlfriends”. Well not my girlfriend - she didn’t enjoy it. I didn’t like it either. It is an interesting idea. This is hardly a game at all. More a slightly interactive story. It could work, but the story would need to be good. Instead it is sentimental, not particularly well written, slow and very long. At 4 hours it is a short game, but a long movie (which seems like a better point of comparison to me).

Space Pirates and Zombies (SPAZ) is a top-down space shooter with elements of a real-time strategy game. I’m not a fan of top-down shooters and this one didn’t grab my attention in any way. I stopped playing after an hour. 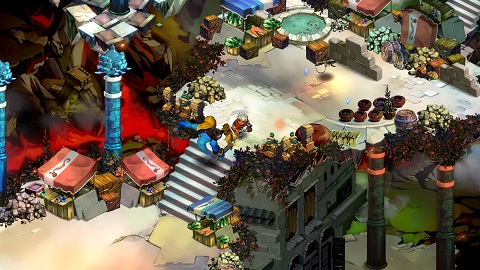 Bastion - I saved the best for last. This game is a little slice of near perfection. It is a top-down RPG like Torchlight. The style is different and interesting. You play largely on floating platforms and walkways with the floor floating up to form the structure as you reach the edge of the current play area. Still falling off is a common occurrence and handled with a minor health loss. The graphics are pretty, the music is excellent, the voice over work top-notch and the story decent (which means by computer game standards it is excellent!). The top-down RPG seems to be an addictive form of game for me - playing this game was certainly an enjoyable experience. Highly recommended.