Another year, another massive Global Game Jam. This year over 36000 people took part world wide. At the IGDA Kuala Lumpur site in Malaysia 150 jammers completed 31 games (plus there were a few more uncompleted games and a whole other local jam site). The event has grown hugely in popularity over the years I’ve attended. At the 2013 KL GGJ there were only 5 small teams. For the second year in a row, the random team I joined managed to produce a complete game - the 2-player tile-placement game Hex-a-cute. 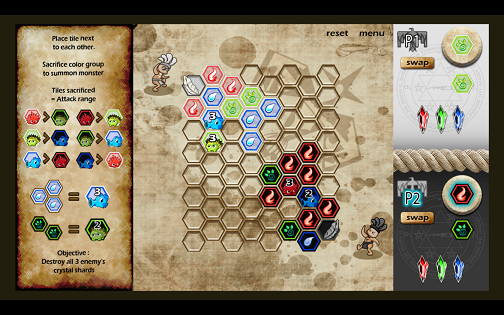 Knowing the traditional late start, I arrived at the jam site on the Glenmarie campus of KDU just after 9pm (to avoid traffic). This seemed about right, individual jammers had just started brainstorming ideas around the theme “ritual”. Although the majority of people had come as part of a pre-formed team and thus were receiving their site-enforced difficulty modifier. All pre-formed teams had to obtain 3 game names from a random name generator (in public, so no cheating) and then base their game on both the theme and one of the generated names. If you wonder what strange cultural mindset results in a jam site full of games like “Alcoholic Bong in the Salad Kingdom”, “Communist Yeti Girl”, and “Sensual Gnome in the Middle East” - now you know, they were all from pre-formed teams with random names.

People without a pre-formed team all pitched their idea to the 40 or so remaining individuals and then there was a vote on which ideas would become games. A poll of the group determined that artists were the least well represented skill set (surprising as there are usually less programmers). The site organisers decreed 7 ideas would progress to development as that meant 2 artists per team. I was quite impressed by the pitches this year. Although most involved the ritual of monster summoning (as did mine), the majority seemed realistic in scope (unlike previous years). It seems that repeat participants are learning from the problems of previous years, and sharing that knowledge. 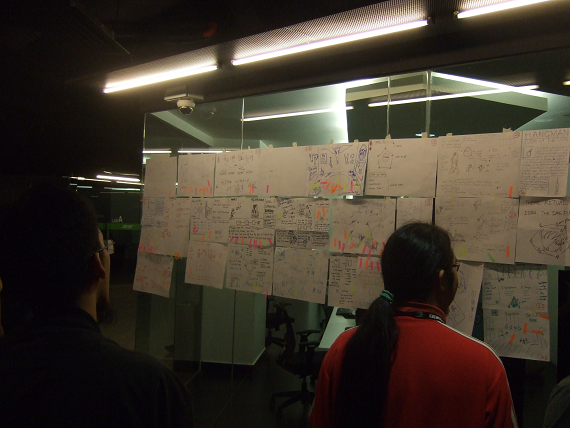 For the first time there were also jammers in KL who had participated previously at other sites (a couple travelling from Germany) - so we could compare and contrast. Apparently pre-formed teams are common around the world (despite being against the spirit of the event, as I understand it), but the handicaps imposed on such teams in KL are not often repeated. Nor is the pitching system used in KL a regular occurrence (does anyone else do this?). Many jam sites have awards and run competitions, but not in KL (to make the event more collaborative). Also apparently at most sites jammers form teams and start very soon after the theme is announced at 5pm. At the KL jam pre-formed teams may start straight after the theme, but everyone else is lucky to get started by midnight (so such teams complete their games in closer to 40 hours).

Voting finished around midnight and the teams formed. I joined a team working on a monster-summoning tile-placement game with two other coders, an artist and two designers. We quickly decided to simplify the original idea from matching tiles with lines on them to matching flat colours. Also we changed the theme from “cultists summoning ”Cthulhu“:https://en.wikipedia.org/wiki/Cthulhu” to something related to indigenous peoples (although that got further confused with the monsters and it was never certain if it was about the Orang Asli or another culture - it ended up just a vague indigenous reference). With the basic design laid out we all got to work. 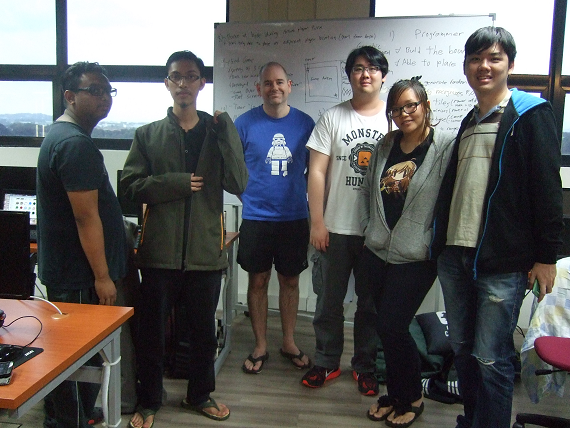 I can strongly recommend to all neophyte jammers that they aim low and then try to build up (also, bring a towel!). Especially in randomly formed teams, you will have little idea of how much can be achieved until work has already begun. It is far more motivating over the last few hours to be iterating and improving on a complete game than struggling just to get something working. Our team took this advice and by Saturday evening we played the first complete game. It was not what we expected. We could see various strategies emerging in gameplay, but over the course of a 40 minute game, rather more than the quick casual experience we were targeting. Luckily we had time. After a few hours of discussion on our goals, we worked in many tweaks to speed gameplay. There was also time to work on the GUI and someone had the excellent idea to put the basic rules next to the play area. By the finish the game worked well (although still not really “casual”), looked great and was something we all felt proudly about. 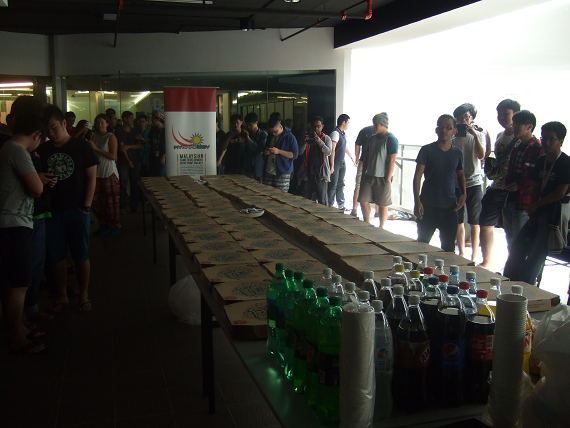 The jam finished with the now traditional KL pizza party. Everyone came together to talk games and design - a great friendly occasion. Then came the final game presentations. There was an impressive set of games this year, most of which seemed playable (or at least they were carefully demo’ed to suggest they were playable). Many were humorous (probably enforced by the random name generator). A couple were absolutely beautiful - local skill and tools are clearly improving. One complete playable game worth a look (other than ours of course!) is Night of the Unicycle - The Quickening, a fast paced game of duelling unicorn unicyclists (well done, random name generator!).

Thanks to all the other participants and organisers - well done to everyone. You helped make an enjoyable 48 hours. 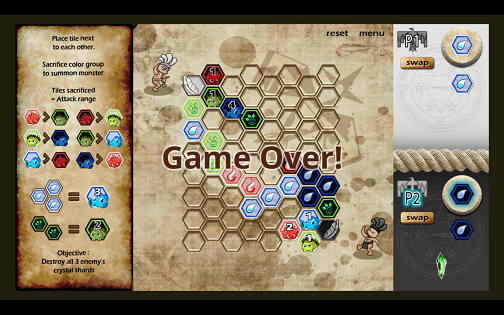 One last postscript, as I think this a funny photo. The location for this year’s jam changed to the larger Glenmarie KDU campus. Absolutely necessary to fit all the numerous jammers this year. The site was mostly excellent - brand new and very well-equipped, they even provided some PCs for jammers to use! Although there was one little downside. The onsite shower facilities are shown in the photo below. 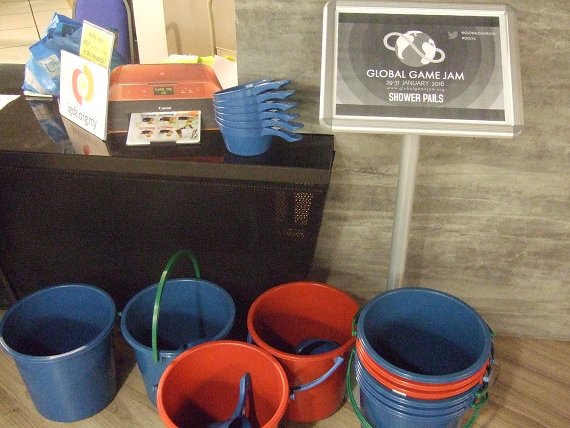