The iPod is no more, long live the iPod. My first iPod was a second generation model bought in early 2003. Since then I have always had one, my third and last was a leaving gift from teammates at Merrill Lynch in December 2007 (such a great gift). Despite currently poor battery life, it is still running (in near daily use) as the music/podcast system for my car (see pic below). 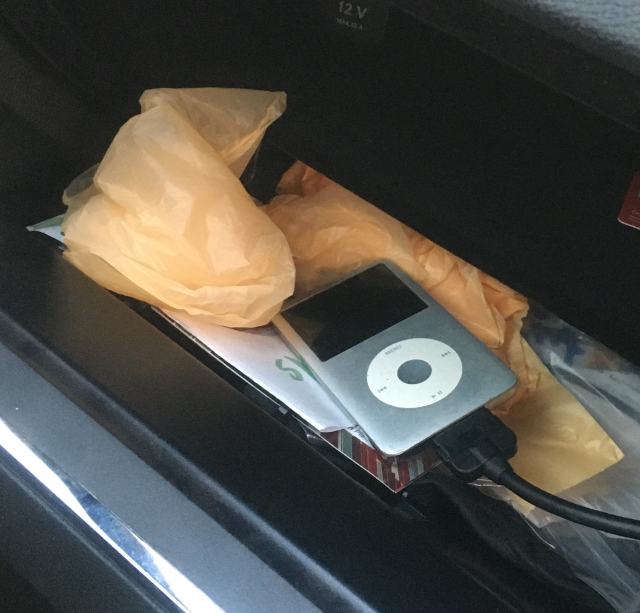 I loved all of my iPods, even the short-lived second one that had battery issues from purchase and was quickly replaced by the improved 2007 model. I like to walk around aimlessly, so have always carried a means of listening to music on-the-go. However, the iPod with its small size and large capacity proved to be a step-change in quality compared to old Walkmans, Discmans or just a radio. They gave me the time to listen to great music and my first taste of a world of interesting podcasts.

It is sad that they have fallen foul of mobile phones’ hunger for new functionality. RIP my old friend, at least until a nostalgic return in a decade or two.